Car Sandblasting: 3 Ways It Can Completely Transform Your Vehicle 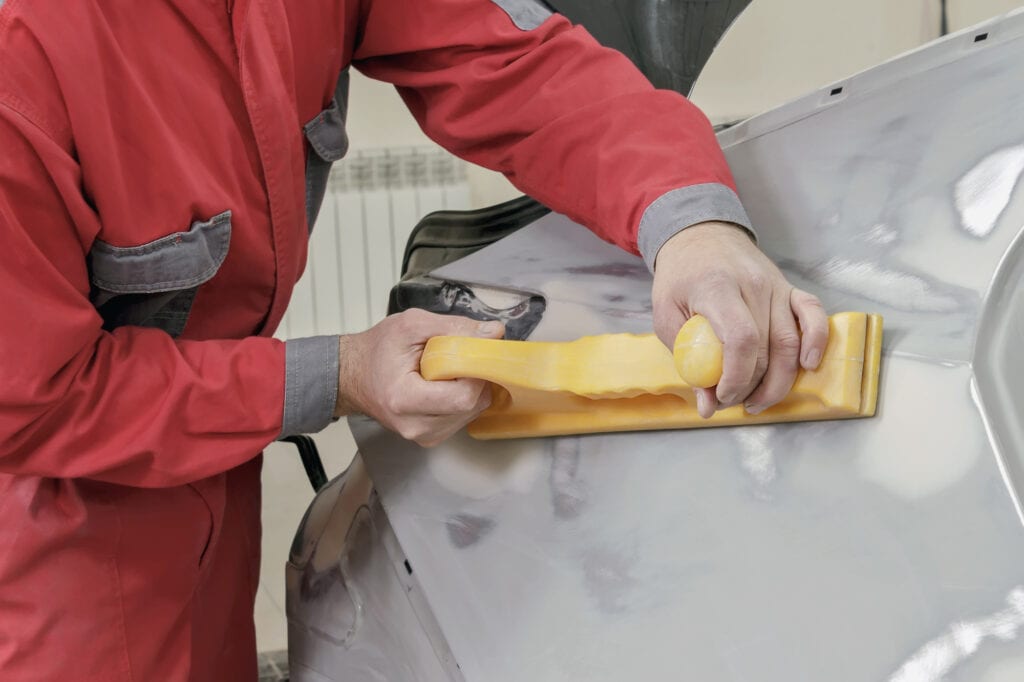 Repainting your vehicle is a complex endeavor. No matter what quality paint you use or how skilled the technician applying it, the most important step is ensuring that you are working with a clean surface.

Car sandblasting is an effective way to remove all rust, paint, oils, and grime from your vehicle. It is the first step to ensuring a factory paint job on a used vehicle.

The information below will give you a sense of how sandblasting works, and why it may be the most effective and efficient choice for your vehicle paint project.

Sandblasting is a general term used to describe the process of spraying an abrasive material at a surface to remove all rust or paint. Some common granulated materials used in the process are walnut shells, pumice, and crushed glass. As the name suggests, sand is a common media used in sandblasting as well.

Sandblasting is very aggressive and requires the use of protective gear. This includes respirators, hearing protection, gloves, boots, and other heavy-duty clothing.

Dustless sandblasting is a process that adds water to the media, which causes them to stick to the water particles. The process eliminates the plumes of dust that normal sandblasting creates. It also produces a cleaner surface on the vehicle.

What Are the Benefits of Car Sandblasting?

There are many reasons sandblasting is the most popular method for removing paint and rust from metal surfaces, including vehicles. Here are a few to consider.

Car sandblasting is one of the most thorough ways to remove rust, as well as oils and grime that accumulates on surfaces. It removes all rough spots so that the new primer and paint go on smoothly.

The water used in dustless sandblasting helps reduce friction, which can cause warping in thinner sheets of metal. And, besides removing rust and paint, it completely cleans the surface of any soluble salts or other contaminants.

Another advantage of sandblasting is that it is efficient. Other paint-removal processes can take hours and involve many sessions to complete. Manually sanding a car, for instance, could take up to 30 hours.

Sandblasting can remove the paint on an entire car in less than two hours. And, time is money, so the cost to sandblast a car can be cheaper than many other, more time-consuming methods.

Dustless sandblasting is even quicker since it reduces the need for containment cases to capture abrasive byproducts. Cleanup of the area is much more expeditious as well.

A final advantage of sandblasting is that, unlike other paint-removal methods, it does not use harsh chemicals. It is safe for your vehicle, the environment, and the technicians performing the job.

Although workers should still wear protective clothing, the lack of airborne particles in dustless sandblasting eliminates threats associated with silicosis. This is a lung disease resulting from breathing in harsh materials.

Now that you have an idea of the advantages of car sandblasting, you can begin the search to find a reputable professional to remove the rust and old paint on your vehicle. Although sandblasting is safe, if performed properly, it is best to leave the job up to a trained professional. This not only will ensure that the task is performed safely, but effectively as well.

Blackhawk Blasting is a veteran-owned sandblasting business in north Texas. We pride ourselves on quality performance and customer satisfaction. We use dustless sandblasting that is quick and effective.

We offer free consultations and quotes for your project. And we provide mobile service, so we can complete the project in your driveway. We can have your vehicle ready for a new coat of primer in a matter of hours.